Diplomacy in the age of digital disruption*

By Martijn Jonk General, General news, Round Table No Comments

Practitioners need more than a laptop and mobile phone

The debate about digital diplomacy is in full swing. There is an explosion of commentary on the implications of the digital age for diplomacy, with the views of ‘cyber-utopians’ competing with those of ‘cyber-realists’. Old-school wisdom among diplomats is that digitalization does not change the fundamental objectives of diplomacy, but offers new ways through which these can be achieved. Governments need to take a more nuanced look, taking into account the different facets of diplomatic practice. Realistically, it may take foreign ministries years to adapt to the digital age, and one of the challenges therefore lies in keeping up with the speed of digital change.

Digitalization is increasingly important in determining relationships within the integral network of the ministry of foreign affairs (MFA) and its diplomatic missions. The implications will be significant for the relationship between the MFA and diplomatic posts that are taking on more prominent roles. This will increase dramatically as the implications of new technologies are better understood and exploited. 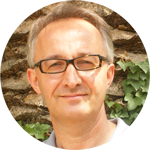 [*] This short article summarizes some of the main findings a Clingendael Report by Brian Hocking and Jan Melissen, Diplomacy in the Digital Age (2015).
> Follow Jan on Twitter.

Technology is not as much a driver of change in international politics as has sometimes been suggested. In this connection one can for example think about debates surrounding the so-called ‘CNN-effect’ in the 1990s or, more recently, debates about the ‘Arab Spring’. A mere focus on the social media would not do justice to the complexity of the subject, even though a social media perspective on change in diplomacy has a lot to offer. Social media are visibly present in the context of diplomacy’s multiple manifestations. The Malaysian Airline MH 370 tragedy caused a stir in the social media that extended to state-to-state relations between China and Malaysia; the Ebola crisis led to a series of exchanges on social networking sites between and international organization and an NGO – the World Health Organization and Médecins sans Frontières (MSF) International; immediately after the Nepal earthquake governments used Twitter to get in touch with their citizens; but also high-level negotiations have a digital dimension. As US Secretary of State John Kerry stated, “Digital diplomacy is diplomacy: period”. The digital dimension is simply becoming part of most diplomatic activity.

‘Digital diplomacy’ can best be understood as a shorthand term embracing broader changes in diplomacy that are pre-dating digitalization. The term requires a greater degree of precision than is commonly given in government circles, which reminds of vague references to ‘soft power’ by political leaders and diplomats. Foreign ministries are advised to work out what they mean by ‘digital diplomacy’. Interpreting the digital age and digital diplomacy matters, because digitalization is here to stay. There are two ways in which MFAs should not respond to the challenges of the digital age: ‘following the herd’ in proclaiming the adoption of digital diplomacy without clearly defining their objectives, or treating digital resources as another form of top-down communication.

Most foreign ministries are just entering the digital age and find themselves in the first phase characterized by both skepticism and hype about ‘digital diplomacy’. Individual diplomats will find the modalities of digitalization in constant flux and they therefore need to ‘retool’ on a continuous basis.

Diplomats of all types will need to function in online and offline environments. Differing blends of ‘hybrid’ diplomacy are needed. Experience demonstrates the limits of digital technology in negotiating environments, evidenced by negative responses to the use of smartphones to text and tweet during negotiations. In contrast, as can be seen in the history of the UK Prevention of Sexual Violence Initiative, human rights diplomacy is bound up with extensive use of digital resources. Individual diplomats will have to reconcile conflicting demands for online communication and physical presence. In some areas citizens will expect both, like in the field of consular assistance: they want digital tools, a human face – and immediate help.

Recent practices in public diplomacy can help show patterns of change. The resources provided by big data and social media networks greatly enhance the strategies available here. Foreign ministries also need to be aware of the fact that digitalization will put fundamental norms and rules of diplomacy to the test. Age-old diplomatic norms have been challenged by the actions of diplomats on the ground, who experience that their ‘duty to interfere’ is competing with the principle of non-interference. 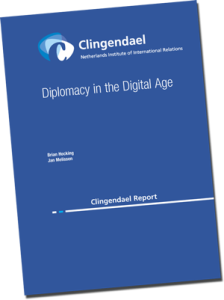 External MFA partners are increasingly important for policy success in a more and more hybrid international environment with emerging non-governmental actors and new types of transnational policy milieus.  Traditional diplomatic culture and hierarchical organizational structures clash with the imperatives of speed and ‘horizontalization’. Those who do not understand the importance of networking as the basis of diplomatic practice will not get very far in understanding diplomacy in the digital age.

No area of diplomacy will become redundant as a result of digitalization. Diplomatic functions will be re-defined to meet changing needs. The obvious example here is that of diplomatic reporting. Gathering information may be easier for foreign ministries: processing and analyzing it will be much more complex. Ironically, the enhanced information through social media platforms and big data gives added importance to the diplomatic functions of information analysis and policy prediction.

Governments have no choice but to develop digital strategies if they are to survive. Digitalization further erodes the claim that the MFA is a gatekeeper with privileged access to crucial bodies of information. It will enhance the need for MFAs to redefine their roles and to develop narratives to explain to their stakeholders and to themselves what they are for. Networking is the basis of contemporary diplomacy, calling for the development and effective use of ‘nodality’ tools.  This is one of the critical areas of digitalization in the diplomatic field.

For MFAs it is of central importance to perform as a significant node in information networks. They need to position themselves in the broader context of the national diplomatic system (NDS) – that is the totality of departments and agencies involved in the shaping and implementation of international policy. This concept of the NDS can be applied across political systems, in Washington and Berlin as much as in Beijing.

Jan Melissen is a Senior Research Fellow at the Netherlands Institute of International Relations ‘Clingendael’, The Hague, and Professor of Diplomacy at the University of Antwerp, Belgium. He is founding Co-Editor of The Hague Journal of Diplomacy. His latest book is Understanding Public Diplomacy in East Asia: Middle Powers in a Troubled Region (Palgrave Macmillan, 2015).